Many buildings around campus commemorate administrators, educators, and beneficiaries from Bucknell University’s history. Some names may be familiar to you—Sojka, Langone, Bucknell—but others may seem more obscure: Tustin, Taylor, and Larison. Larison Hall, one of the oldest buildings on campus, was built in 1857 to house women attending the University Female Institute. The building was initially called the Female Institute Building and in June 1927 was named Larison Hall to honor the legacy of Katherine Brown Larison, principal of the Female Institute from 1882 – 1897 and an 1857 graduate of the Institute.

Prior to constructing Larison Hall on campus grounds, women students attending the Female Institute were housed in the Casey Mansion which was located on the corner of St. Louis and South 2nd Street in Lewisburg. Over the years, Larison Hall has expanded from its original structure with the addition of a kitchen and dining facilities in 1928 and an expansion of its living spaces. Between 1869 and 1870, a gymnasium for women students was added to the third floor of Larison Hall. In 1889, the “Bucknell Cottage for Ladies” was constructed and funded by William Bucknell, trustee and benefactor to the University. The “Bucknell College for Ladies” served as a women’s dormitory and was connected to Larison Hall by an enclosed walkway. Constructing the Female Institute Building on campus to accommodate the education and housing of women students is testimony to the University’s founders desire to establish an institution of higher education in the region that would benefit the education of both women and men.

Larison Hall’s name commemorates the life and work of Katherine Brown Larison, a major player in women’s education at Bucknell. Katherine Brown was born in 1839 in Sullivan County, New York—a rural area in the south-eastern corner of the state. Starting at the age of 15, she taught at many girls’ preparatory schools around the east coast and ventured as far south as Georgia. She moved back to upstate New York during the early part of the American Civil War, teaching and saving money to eventually enroll at the University Female Institute at Lewisburg—later renamed the Bucknell Female Institute in 1865. 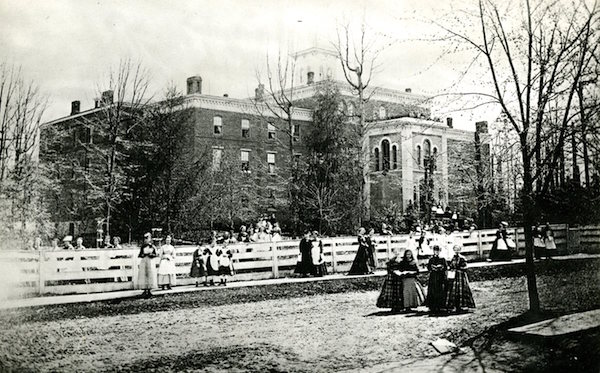 Katherine Brown graduated from the Bucknell Female Institute in 1867 at the top of her class, marrying a military doctor training to be a reverend—Dr. A. B. Larison—a student at the University at Lewisburg (former name of Bucknell University). Katherine Larison taught English at the boarding and day school her husband and brother-in-law established in Ringoes, New Jersey. With her husband’s death in 1872, Katherine Larison returned to Lewisburg where she was hired as an instructor in the Female Institute and was later promoted as principal in 1882.

Katherine Larison had a large role to play in the success of the Female Institute as a program of study for women. Given her previous relationship to the Institute and teaching experience, she helped to radically transform the program by making sweeping changes to the curriculum and its management structure, especially in regard to faculty relations with students and the broader administration at the men’s college. Larison was also intimately involved with the Young Women’s Christian Association (YWCA) and the Student’s Loan Association, a fund established to support students’ financial needs. When Katherine Larison died in 1926, she left over $30,000 dollars to the college, in addition to a $6,000 donation to the Female Institute, which was used for scholarships and promoting women’s education. The following year, the original Female Institute Building was renamed in her honor, commemorating the immense dedication that she maintained towards providing exception education to women. Naming a building after Katherine Larison was a long-lasting way to bring recognition and honor to an important figure in the University’s history, especially one who devoted her life and career to the education of women. 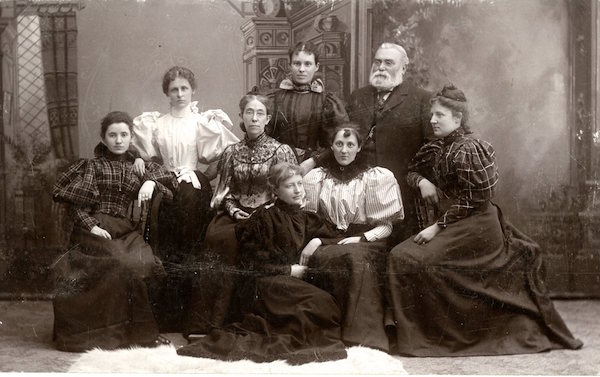 (Faculty of the Bucknell Female Institute 1895. Katherine Larison is pictured in the middle of the group.)

Posted by Tom Bonan on December 12, 2016
Comments Off on From University Archives: Katherine Brown Larison